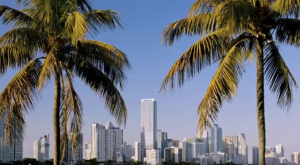 Across the globe, people are living longer and our populations are growing older. Miami-Dade has the largest population of older adults in the State of Florida with over half a million older adults age 60 and over in the County; and that population is expected to continue to grow to over 800,000 by 2040, representing 25% of the total population of Miami-Dade County (Source: Florida Population Studies: Population Projections by Age, Race, and Hispanic Origin for Florida and Its Counties 2015-2040 with Estimates for 2013, University of Florida, Bureau of Economic and Business Research). But, most communities were not built for this shift in demographics. Our economies, policies, and communities were not built to accommodate an aging population or aging in place. How well Miami-Dade responds to the aging phenomenon and meets the needs of older adults will depend on how well we prepare our communities to do so, and how we can work collectively toward sustainable change to ensure our community is a place where people of all ages can live with the quality of life that they need and deserve.

MISSION
The Miami-Dade Age-Friendly Initiative is a collaborative effort focused on sustainable changes and efforts in order to create a community where older adults of all ages can stay active, engaged, and healthy with dignity and enjoyment.

LEADERSHIP
The first three years of the initiative were made possible by Grantmakers In Aging’s (GIA) Community Agenda: Improving America for All Ages, with funds from the Pfizer Foundation collaborated with local partners to create the Miami-Dade Age-Friendly Initiative. Today, the initiative continues and is led by a Leadership Committee and coordinating agencies that include:

The initiative is also comprised of a Advisory Committee made up of traditional and non-traditional stakeholders across multiple sectors who recognize the value and need for an age-friendly Miami-Dade.

Focused on building momentum, implementing strategies, and building awareness around the needs of our aging population, some of the Miami-Dade Age-Friendly Initiative’s accomplishments include:

The Miami-Dade Age-Friendly Initiative’s Advisory Committee helps advise, support, and advocate for the efforts of the Miami-Dade Age-Friendly Initiative. Members of the committee are individuals in related fields or representing organizations that share in the initiative’s mission to create a metropolitan area that fosters a physical and social environment for older adults of all ages to stay active and healthy with dignity and enjoyment.